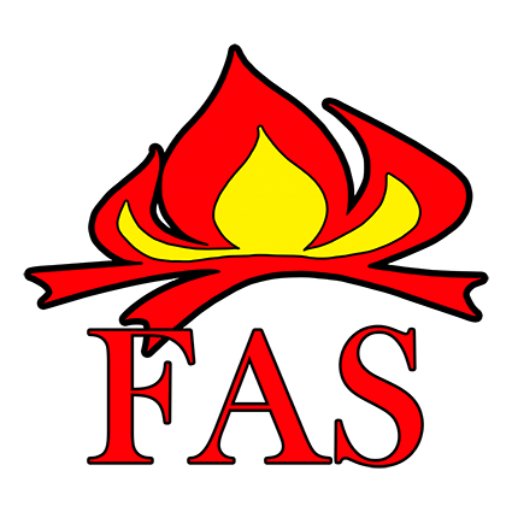 EXECUTIVE SUMMARY
This Environmental and Social Management Framework (ESMF) was prepared by the Angola Social Action Fund (Fundo de Accão Social – FAS) for the Social Safety Nets Project (P169779). The total amount of the Project is of US$330 million. The project has three main components; namely: (i) Cash transfers to poor households; (ii) Development of an effective safety nets system; and (iii) Project management.
The objectives of the project are to strengthen the risk management capacity of poor households in selected areas, including those affected by the subsidy reforms, and to strengthen the delivery mechanisms for the development of a permanent social safety net system.
The Project will be implemented at national level during a five years period (2019-2023) and will require an estimated budget of USD 330 million.
It is expected that the Project will finance interventions under the following broad categories:
• Social: Cash Transfers, training, capacity-building,
• Productive: Skills trainings and grants for self-employment and small businesses
It must be stressed that, due to its participatory and demand-driven approach, FAS is open to finance a wide array of projects, according to priorities and aspirations formulated by local communities.
The project is rated as moderate social and environmental risk under the World Bank’s Environmental and Social Framework.
The Angolan government’s environmental strategies, policy framework, and management approaches and priorities have been developed and are spelled out in two major documents – the National Environmental Management Programme/Programa Nacional de Gestão Ambiental (PNGA) and the National Environmental Strategy/Estratégia Nacional Ambiental (ENA). Responsibility for formulating and implementing environmental policies and programmes and for environmental management in Angola lies with the Ministry of the Environment (MINAMB).
In the context of the Project, the key legal elements for environmental and social management are the Environmental Framework Law (Lei de Bases do Ambiente, Lei nº 5/98, de 19 de Junho), the Social Protection Framework Law (Lei de Bases da Protecção Social, Lei nº 7/04, de 15 de Outubro) and their associated decrees.
The Ministry of Environment, hereinafter referred to as MINAMB, is the central government body responsible for coordination, preparation, implementation and monitoring of environmental policies, particularly in the areas of biodiversity, environmental technologies and the prevention and assessment of impacts as well as environmental education.
Currently, responsibility for EIA and Environmental Licensing falls under the National Directorate for Prevention and Environmental Impact Assessment (DNPAIA) which, among other tasks, is responsible for reviewing, commenting and approving EIA reports.

At the provincial level the Ministry of Environment is represented by an Environmental Sector falling under the Provincial Directorate of Agriculture, Fisheries and the Environment. The capacity and staffing levels of the Environmental Sector varies greatly from province to province but in most cases the capacity for environmental management at provincial level is weak.
The Ministry of Social Action, Family and the Promotion of Women, hereinafter referred to as MASFAMU, is the central government body responsible for coordination, preparation, implementation and monitoring of social assistance policies and strategies as well and integrated programs for the assistance and development of vulnerable groups, promotion of gender equality and equity, community development and family cohesion. MASFAMU is also responsible for building the capacity of structures linked to the defence of the family and women’s rights.
MASFAMU was created in 2017 as the result of merging the Ministry of Assistance and Social Reintegration and the Ministry of Family and Promotion of Women. At the provincial level the MASFAMU is represented by Provincial Directorates, which capacity and staffing are limited given the dwindling resources available to the Ministry. At municipal level, MASFAMU co-manages Community Development Agents with the Social Action Fund.
The project will be implemented by Angola’s Social Action Fund (FAS) in coordination with the Ministry of Social Action, Family and Promotion of Women (MASFAMU) and municipal authorities. FAS is an autonomous institution, under the umbrella of the Ministry of Territorial Administration, and was created by the GOA by way of Presidential Decree No. 44/94. FAS also implements the on-going Local Development Project (P105101).
Angola will implement material measures and actions so that the Project is implemented in accordance with the World Bank Environmental and Social Standards (ESSs). An Environmental and Social Commitment Plan (ESCP) sets out a summary of the material measures and actions described in this ESMF. The ESCP summarizes the material measures and actions that are required as well as the timing of the material measures and actions. Angola is responsible for compliance with all requirements of the ESCP.
Implementation of the material measures and actions set out in this ESMF will be monitored and reported to the Bank by Angola as required by the ESCP and the conditions of the legal agreement, and the Bank will monitor and assess progress and completion of the material measures and actions throughout implementation of the Project.
Technical capacity to identify, manage, and monitor the environmental and social impacts associated with the implementation of the Project is assessed as low.
A social safeguards specialist supporting FAS to develop the main safeguards tools will be recruited. The specialist will provide some basic capacity building to FAS staff and local authorities.
A Monitoring Plan will be developed to address two types of monitoring: (i) routine monitoring of project interventions to ensure that they meet the environmental and social standards as defined in project ESCP; and (ii) regular audit of the overarching ESMF.
The Project will include a grievance redress mechanism. Activities will be implemented with intensive participation and constant consultation of and feedback by beneficiary households. It is foreseen that a grievance redress system will be put in place as well as a regular monitoring of the operation including follow up of special cases (case management). Individuals who believe that they are adversely affected by the project may submit complaints to existing project-level grievance redress mechanisms or the WB’s Grievance Redress Service (GRS). The GRS will ensure that complaints received are promptly reviewed to address project-related concerns. Project affected communities and individuals may submit their complaint to the WB’s independent Inspection Panel which determines whether harm occurred, or could occur, because of WB non-compliance with its policies and procedures.